In1904，Carbon black was found to be used in rubber

[1906-1980] the rubber additives in these years were represented by organic vulcanization accelerators, which were vulcanized by aniline. Oenslagar, a German chemist working in the United States, accidentally discovered them in an experiment in 1906.

In 1937，Invention of p-phenylenediamine antioxidant

In1943， invention of  isocyanate adhesive

In 1960，invention of processing rubber

1980-1981，development of the rubber accelerator NS

In 1985，launch of the environment-friendly accelerator MTT

1991 to present，development and application of environment-friendly nitrosamine-free auxiliaries such as thiuram, sulfonamide, zinc salt accelerator, vulcanizing agent and  antiscorching agent. The invention in succession of ZBPD、TBSI、CBBS、TBzTD、TIBTD、ZDIBC、OTTOS、ZBEC、AS100 etc 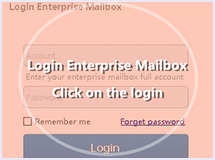